Background stories about the four Races

Prepare for a possible look into the future of combat and war, Art of War: Red Tides, the war of civilizations.

When we trace back the history, it's common to see that throughout the ages, civilizations have developed new and inventive methods when it comes to war. With new resources and unpredictable encounters are often being the main fuses of war, just like what's happening in the real-time multiplayer strategy game Art of War when the Atlac, Terran and Yaoguai encountered each other.

With the discovery of prehistoric civilizations, the Terran realized the periodicity of its own civilization, with the Third Era Terran civilization developing starships and a means to travel across the universe. And Lemuria, the highest parliamentary institution with the right of researching relics of ancient civilizations, gradually becoming the highest level of authority in the Forth Era of Terran Civilization. However，the level of technology distributed amongst the regions are extremely uneven due to Lemuria's secrets and corruption of their political officials.

The Atlac were a powerful civilization that dominated the Seyfert Galaxies. 4500 light-years away from Mars, the origin of the Forth Era Terran civilization. It is believed that the Atlac were developed on the boundary of a Type III civilization. On Atlac's mother planet Cetus power was in direct correlation to body size, therefore the Great Whales living in the deep sea are at the top of Atlac's food chain and Whale Kings are the indisputable kings in each vast sea area respectively. 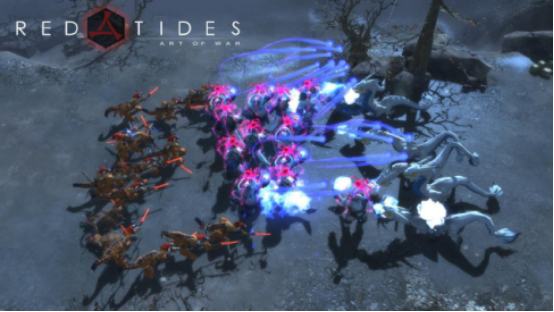 The Atlac rose from the deep sea with mysterious crystal cores as their source of life. Unfortunately, a piece of asteroid debris crashed into the deep sea and polluted all these crystal cores. Therefore, although all Atlac have a long lifetime, they have been made infertile and therefore unable to breed. To avoid extinction, Atlac have to travel the depths of space to look for new crystal cores on the mother ships of Holy Whales.

There's a mysterious element spreading all over the universe known by Yaoguai as "Soul Essence". Yaoguai absorb this element through skills unique to themselves such as the "Doors of Law" and the "Method of Evolution" to grow and evolve rapidly. It's unknown why some Yaoguai manufacturing technologies are misunderstood, such as the gene technology of the "War Beast" in the Third Era terran civilization. In fact, during the most intense war period between the Terran and Atlac, the Terran's new parliament approved the "War Beast" project secretly with the ambition of creating weapons, with the capability of destroying planets, this project was coded as "yaoguai kings" in order to turn the tables in the war. Therefore, the creation of the Yaoguai was a mistake. 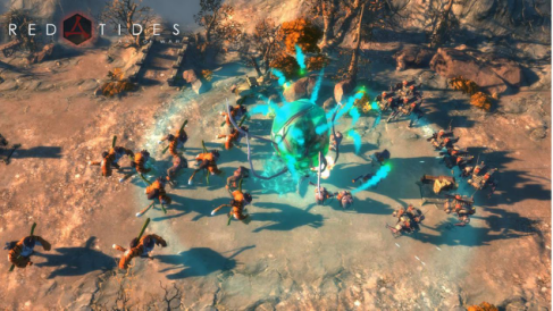 With the help of the "Soul Essence", the Yaoguai's growth and development exceeded any other race in the universe. Although the Yaoguai civilization is still in its infancy, they will be powerful enough to threaten the whole universe if they manage to get through this period of turmoil.

Against the vast expense of the universe, a civilization, no matter how powerful, is only a drop in the ocean. But to avoid extinction and pursue prosperity, A civilization must be lead to become red tides in star oceans.

The mobile test of War: Red Tides is coming! Commanders, let's march into the unknown!